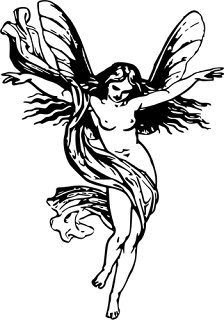 image under public domain via publicdomainvectors.org

This series of posts has simple goals: provide some basic history on a holiday/event from the past and use that history to spring board potential writing prompts and themes. For some, the history on its own will be enough to come up with some story ideas.  For others, I offered some starting points with themes, scenes, and possibilities I see for the holiday at hand.

Happy writing and please share a snippet or link to your inspired works ^_^ I’d love to read them.

Many cultures knew about Summer Solstice and had varying practices around it.  In the history section I will only cover the smallest bit of information I’ve uncovered.

Ancient Egyptians marked the Solstice as the beginning of when the Nile would flood.  Floods were necessary for good crops (black is the color of life in ancient Egyptian mythology because it’s the same color as good growing soil) but these floods came on quickly and were life threatening to the people living along the banks.  Solstice signalled a time that could bring great bounty and danger all in one needed package.

General British/Irish/Wales lore has a tradition of lighting a bonfire on the eve of the solstice to greet the coming day.  People would jump the bonfire, and if they got through the flames without a burn, they had good luck for the year.  Others would carry out a “wishing traditions” where they would pick up a pebble, hold it walking around the bonfire three times wishing for thing X and then tossing the stone into the flames.  After the bonfire flames subsided, people had uses for the ashes.  They could make a protective amulet to wear for the year or they could sow the ashes into the garden for bountiful harvests.

Sunwheels, a wheel lit on fire or a ball of straw lit on fire were also popular.  People would light the wheel and roll it downhill into a river.  The burnt remnants go to a local temple and displayed.  In Wales if the fire wheel went out before it hit the water, it promised a good harvest.

Midsummer is a Faery holiday.  The veils between the worlds are thin at this time and many faeries come to our world to celebrate and make merry.  Some suggestions to see faery folk included: staying up all night on the evening before Solstice, wearing a sprig of thyme so you can see the faeries dancing, or summoning the faery with moonstone, a bowl of milk and/or something sweet.

There are multiple warnings against dealing with the faery folk.  One such story is of a girl Kathleen who went out on the eve of Midsummer to find the faery.  She dances with them and sought to draw the Fae King’s attention.  The King did take an interest in her, he came to her and embraced her.  Kathleen died that evening.  Her body was recovered by a faery fort with a smile on her face.

Other interactions with faeries are positive.  Some people were known to be “faery doctors” like Biddy Early of Connacht.  In her case the Faery Queen came upon the village celebrating midsummer and politely asked the villages to go home so the fae may celebrate in private.  The village complied and Biddy seems to have been gifted faery knowledge.

The Farmer’s Almanac
learnreligions.com
witchesandpagans.com
The Sacred Wheel: a Guide to a Pagan year for beginners in Witchcraft and Wicca (new age& spiritual books)

1. The focus on fire in what is the day with the most natural light, is curious, why is fire so integral to most Midsummer celebrations?

-Are people obsessed with their own power to create or mimic the natural world?

-Do sun deities only respond to flames?

2. What does summer mean to you or your characters?

3. Jumping over a Midsummer Bonfire in more modern literature is often used as a bonding ceremony used instead of a wedding—do you have any characters who appreciate this ascetic?

-Write you version of a Midsummer bonding ceremony.  What do the people promise each other, do they invoke gods and/or fae to witness their bonding or conescrate it?

4. Gods/Goddesses worshipped in Midsummer center around the sun, the fae, and sex.  Write a steamy scene in honor of this day.

5. Write a wishing ritual scene.  What does the character wish for, is this an act of desperation or a common occurance?  Does the wish come true?  Do gods or supernatural beings get involved?

6. Horror often happens in dark places and there is a lot of speculation on 24hrs on night, but what about 24hrs of daylight?  Is this a magical time where no evil can befall us or does the light simply expose the darkness of our souls?

7. Write about a fae encounter (chance or summoned).  Good, bad, or neutral, just write a scene with the fae on this day where they travel.

8. What happens to fae who don’t return through the veil before midsummer’s close?

9. Why do the fae travel in our realm on this day?  Do they wait for Midsummer on their side of the veil?

10.Are humans found dead after faery revels gone forever or have they gone back with the fae to the faery realm?

Looking for more writing prompts?  Try my post on Matralia.
Posted by Jessica Donegan at 8:18 AM

Jessica Donegan
Jessica Donegan is preparing to release her debut new adult urban fantasy story Follow Me: Tattered Veils! As a rabid fan of the bizarre and anything that breaks the mundane, Jessica believes Follow Me: Tattered Veils will tap into a reader’s sense of possibility. Could magic live in our modern world? Are there gods and monsters lurking in the shadows and what holds them at bay? Did our ancestors tell scary stories to explain events they had no reference for, or were those stories warnings we would do well to heed in modern times? Is all attention good attention, and is there a time when one’s focus goes too far? Follow Me: Tattered Veils provides a transformative, character driven story exploring these questions. Introverted, shy, and reflective, Jessica Donegan finds “About Sections” awkward. She never knows what people want to know about, leaving her defensive and sullen. Besides, Jessica much prefers hearing other’s stories to composing her own narrative. If you leave her alone in a room, her curiosity will drive her to look through all the drawers.