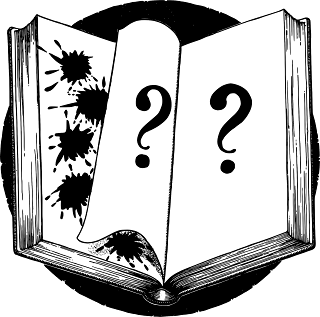 NAWG member Christopher M. Palmer created a delightful post on "Creating Aliens" and comment wise it seems to be taking off.

Traffic wise our most trafficked day is still only 19 views, but we are getting steady 10-15 views a day and we are receiving many comments.  I don't know how it works that there doesn't seem to be page views but there are comments, I would think you couldn't comment without viewing.  *Shrug*.

I haven't written anymore posts for the North Alabama Writers' Group but my post "What's in a Name?" dropped on Aug 26th.  All the credit for the idea and structure goes to Rick Polad.  This was a fun response/ add on post and I'd like to write more posts along these lines.

I added a little more content to my "September Call for Submissions Roundup" Post which will drop Sept first on North Alabama Writers' Group, so keep your eyes peeled!  I also added more content to another post regarding writers' tools.

On this blog, I posted my Twitter Plan (sitting at 5 views with no Twitter promotion).  It's worth reviewing because you can compare what I'm doing with the results I post each week.

I also posted a page on Bloggers and Groups I follow to stay up to date with calls for submission.  It should a a great resource for authors who want to keep update with the markets.

In the to be posted file:  I wrote a post on batching that will drop on Sunday.  Basic stuff, but it made me interested in exploring my process and increasing productivity.  I've started a post that's reviewing a book on publishing and promotion, but it's not finished.

I changed the layout, the book shelf look felt old, so I went pink watercolors.  What do you think?

Thank you all for viewing and Retweeting posts around this blog.  Last week's update got an impressive 57 views.  It's cool so many people stopped in to look at my projects and plans!

That's 38 more followers than this time last week!  If I average 25 new followers a week (and can keep them), that's 100 new eyes every month.  Combined with my current following I could have 1k followers in 6 months.  That's steady growth I could sustain long term.

If I'd posted this update yesterday, my most popular tweet would have been my tweet with last weeks update.  467 views and 16 retweets!  You guys rock!  I hope you had fun/ could gather something from the number analysis.  However, as of this morning my most viewed tweet is a reply to @oceanviibes.  He/She has so many following, it shouldn't surprise me this of hand response to first place with 501 views and 8 engagements.

Using Hootsuite, I have posts scheduled until Monday.  It is becoming more difficult to find things to RT or tweet.  I think some of Twitter's repetition is hitting me.  To fight this, I'm playing more in Hashtag convos and hoping this will give me more fresh content to post.

I've continued to delete inactive accounts from my following feed.  Brought the number of following to 653 and with a following of 406 I'm close to "reasonable" range, whatever that's worth.

I completed editing all but two of my short stories, so I have 5 stories ready to go.  One of my stories is a "novella" length so I will wait until I'm back from Vegas to dive into that.  The other two will also need a lot of love, so I'm on hold in working them.

I wrote a new short story on the flight here.  Current title "Comes in Threes" and it's a horror fantasy genre.  This was a 100% original idea that wasn't on the list.

I've also gone back in through my novel.  Chapters 1-3 are complete.  Chapters 4 &5 need a complete rewrite but I have plans to work on that later today.

Other projects are likely to be touched: the writer's group round robin.  I played with it in July and came across an editor's ethical quandary.  Since then I've decided I can do what I want to my part of the writing and I should create two separate endings for the work and post all up on North Alabama Writers' Group.

I want to look at Cress Legacy because I think I could bring it to a close this week.  Also, I have a short story called "1000 Words" that I think I could cross off my list.

Got into the writing class and it starts Sept 3.  Blog posts on that are sure to follow.

-All my reviews on Goodreads.com are up to date.  I was about 10 books behind and now I'm caught up.  Goodreads is part of my organic social media promotion campaign.  Since I already read a lot and often review, keeping up to date with it felt like a natural minimal effort add on.  More to come on the part Goodreads may play in my future social media chasing.

Two weeks away from trying to engage Facebook.  I don't want to, but I feel like it's the obvious next part establishing my blogs and writing in the larger world.  We'll see, maybe it won't be so bad or maybe it will drive traffic so wildly I'll wonder why I never bothered with it before.