The Top 3 Worst Critiques I Get from Beta Readers 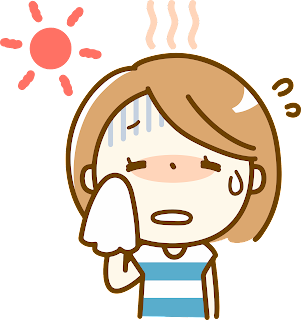 
Disclaimer: I appreciate all feedback, and there are known pitfalls for me.  My grammar is lacking, I use adverbs, and passive voice too much.  I expect this feedback and it never bothers/surprises me.  Below, I’m listing the three issues common in my writing that somehow surprise/stump me when I’m reminded of them.

“Too much telling and not enough showing.”

This one only bothers me when I thought I was showing.  I need to hear it since I tell readers what‘s happening announcer style instead of being the camera for the game all the time. What can I say, I like prose and it‘s easier to use them when telling and far harder while showing.

I hate this feedback because I don’t know how to fix it.  I come up with characters, but I don’t see myself as a writer who comes up with great plots. A lot of my characters reject standard narratives.  Would person x and y fight?  No, I think they’d have a dialogue, realize everything was a misunderstanding, and move on.  A better world than ours, but not one that entertains.  Is that house haunted?  Most of my character would either come prepared to the home OR they would never step foot in the home.

This problem relates to “telling instead of showing problem.”  My characters are all in their heads, I write a lot of thoughts and feelings down, since I told you those things, I don‘t always bother to have the conflict that shows.  And yeah, I bet readers prefer to read a conflict, but the writer in me seems to prefer to ramble.

“The writing is excellent, I just don’t care.”

That one cuts deep, but I’ve learned to work past the blood to ask “why aren‘t you invested?”  Hearing this is damning because it acknowledges my strengths and weaknesses as a storyteller in one swoop.  I think creating prose in just the right way will MAKE someone as invested as me.  It’s never true, but I keep falling into that way of thinking anyhow.

I’m painfully aware my main character is polarizing and may lack a certain something.  Trouble is: damned if I know what that something is.  As I work through my second draft, I have to have more care and thought on who she is and where she‘s going than I‘ve put in to any character to date.

Talk to me.  What the worst/hardest feedback you‘re received?  How do you handle feedback?
Posted by Jessica Donegan at 2:27 PM