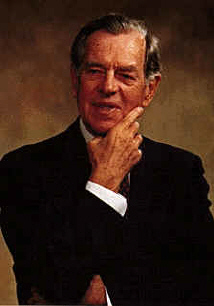 
Who is Joseph Campbell?

Joseph Campbell was born on March 26th 1904 and died on October 30th, 1987.  He was born Roman Catholic but fascinated by Native American myth and culture.  Over his life, this interest in one culture’s stories and way of life extended to other ancient societies.  Campbell was struck by how similar the myths of unique cultures were.  He held a belief that there was a singular origin for all religions, beliefs, and stories.  Today we know his theory as the “monomyth.”

What is the Monomyth?

The monomyth is a nonhistoric, nonliterary interpretation of ancient cultures (and “modern” Christian) myths and legends that asserts all the stories are the same sort and all the key players are the same being.

Campbell builds on Freud and Jung’s phycological work to help build a case of his large-scale interpretation of religion and myth.  He asserted that these stories told us something core about what it means to be human, and if we understood this relationship, we could be happy/more at peace/health.

This monomyth is exemplified in “the hero’s journey.”  Campbell goes int detail in his most famous book: “Hero With A Thousand Faces.”

Why Does Any of this Matter to Writers?

While the hero’s journey was created by Campbell in 1949 as an archetype that all men (yes specifically men, Campbell has a whole separate series for women based on goddesses) experienced over the course of their life, it is currently used as a storytelling device that many writers use today.

Christopher Vogler brought the 17 steps down to 12 steps and suggested that all stories have at least some of these elements (see his book for details).  The hero’s journey is a device taught and used often in creative writing workshops.  While a writer does not have to agree with the concept of the monomyth or that all stories are the hero’s journey, we can still examine this model as one way to form both a character and plot.  The biggest reason to study the hero’s journey is because it interweaves character and plot when often creative writing courses don’t adequately explore how these two elements of a story need to interact if a writer wants to make a compelling story.

It can be a great place to develop an idea for a story and for understanding how all the pieces would work together.

Did you want to explore the hero's Journey on your own?

Thanks for following me through this "lesson" and set up and stay tuned for more personal thoughts on the hero's journey and Campbell's works as they relate to literature.