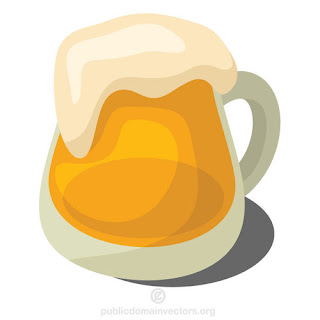 Cheers erupt in the cold Beta Girls' basement.  Melody dances uncoordinated, out of time with the music, but with her team.  Loose-limbed humming victory flushes.  This is her flip cup team's 12th consecutive win, and she thinks her girls might catapult her into the Beta Girl's Hall of Fame.  The longest streak this basement has ever seen was 52 games.  Twelve is practically half way there!  Melody never met River or her team, they'd graduated three years before Melody was even applying for college, but she knows those girls had to be light weights.  Only a measly 52 games and they'd puked it all back up.  River's team should have had a longer streak, but they didn’t their liquor.

Not Melody's team. Through careful selection, she chose girls both competent at the game and able to drink all night without breaking the seal.  These girls could stay conscious through fucking elephant tranquilizers.  And, they were the meanest nastiest girls Beta had ever rushed.  Heavy set, muscled, and squat.  Nobody would flirt with one of these bitches or even pity fuck them.  No wandering dicks to distract them from the game.

The Beta boys had enough of losing to their sister chapter.  Ready to concede defeat, they shuffled out of the way.  A few of them throw encouraging happy grins at Melody and her team.  Not everyone played to win.  Flip cup is often a social game meant more to pass time and get bored students a happy drunk.

Pines boys team shuffles up.  In passing, Melody wonders why she and the girls have to run through all the boys' teams first.  Girls are better at flip cup than boys, it's a truth sure as the sky being blue.  But boys will continue to take losses until a girl needs to grip the table with one hand while her spiked heels scramble on suddenly slick concrete.  They'll use the other hand to continue to play and still make that boys' team look like the saddest lightweights ever to grace the hallowed game table.  But the point is—no—really there is no point.  There's only this night and this game.  Melody is going all the way.

And as happens these days, the world shifts around Melody.  The worst thing that could happen to her is right across from her.  Melody's ex, aptly renamed Poop Deck by his Frat bros, is staring her down yet again.  That cocky gaze is stripping her bare.  His half smirk lingers on bruises still healing from their last altercation.  He knows what he did—what he does over and over with whoever he wants.  Melody's terrible luck was that at one point, she was something he wanted.

Seeing him is like being hit with cold water.  The shock clings as she stares back at that mocking and taunting face.  Everyone around her knows, and no one will do shit about it.

Her team is shifting with tension.  The boys laugh nervously.  “Is this ok?” the sounds seem to ask even though of course the fuck it's not.

Melody forces numb lips into a smile and she bobs her head and squares her shoulders.  She stands her full 5'2"—no 5'11" in these heels.  Even with the extra height she's still a good head shorter than Poop Deck.  No wonder he thinks he can do whatever.

Well, not here.  Not tonight.

The rounds are going faster than before.  Either the Pines boys are terrible or Melody's team is in a rush.  Seems like both.  Melody may avoid eye contact, but she knows his eyes have never moved from her.  Skin crawling, she feels grimy in a way even the dirtiest basement doesn’t inspire.

Once they finish the lineup, they can demand the other team to fuck off and let someone else play.  Usually, teams square off till one of them tires of playing, but Melody isn't about to stand here with her ex's eyes boring into her skull for hours.

Finally, Melody meets his eyes when it’s their turn to share a hand shake.  He has a big sloppy grin that tells Melody he'd drank his way through a twenty-four rack before even hitting the party.  She remembers how much he likes to pre-game.  Loves to be out of his mind.  The disgusting shit stain can't deal with what he's done to all those women when he's sober.

Sloppy, he raises his hand for the first part of their shake.  Intros to flip cup rounds can be as complex or simple as the two squaring off make them.  Melody is hoping for a brief touch of hands and she's startled when that strong hand pulls her in. His face locks with hers in what a stupid person would call a kiss.  Melody can hear the cackles and whistles.

Melody pulls back as soon as she has the balance for it.  Even as her face retreats, her left arm is swinging in towards Poop Deck's throat.  The connection hurts her hand even through the numb tingles of booze.  If those bugged eyes and gaping mouth are anything to go on, the punch hurt Poop Deck more than her.

Right hand free of his crushing grip, red subsumes Melody.  She's lifting the card table and plows it into Poop Deck and the dumbfounded Frat bros. Melody has a hazy sense of her team backing away from the game.  They are circling and closing rank, destroying any chance a saner person may intervene.  Melody spares a moment to admire her team.  Twenty games in and sober enough to back away from the table, definitely the right team to beat a fifty game winning streak.  Maybe next party they'll get a chance.

Now Melody is swinging at Poop Deck's face.  All her momentum is forward.  She's half victorious and half terrified.  If he regains his footing if he finds an opening—he's going to fucking kill her.  But Melody commits.  If she can, she'll end him first.

Poop Deck staggers to the side and Melody's forward motion sends her sailing against the unfinished cement basement wall.  She can feel him moving to strike her exposed back.  In a rush, she launches herself to the left and away from where she thinks he’ll next attack.  His hands scrapes against the rough wall Melody once occupied.  He grabs a fistful of her hair.

Melody screams as he yanks her like a doll.  She tries to back step.  Her heels dig into ancient dirt, trying to keep her from sliding closer.  Her scalp is on fire and chunks of hair pull loose.  It's not enough.  He has Melody against his chest and is forcing his mouth over hers as she pushes and scratches at him.

Melody is flung from Poop Deck.  Sprawled on the floor, knees, and hands bloody, she takes far too long to realize what's happened.  Lucky, her Beta sister, jumped on top of Poop Deck from behind.  Her legs wrapped around his waist, one arm around his neck choking him, and the other pummeling blows to his eyes and nose.   Melody’s arms sprawl trying to find a weapon as she totters upright.

The bat rolls out of the gloom.  No time to thank whoever armed her, Melody stalks back towards Poop Deck.  He's busy dealing with Lucky, but not for much longer.  He's squeezing the girl against the wall.  As Melody approaches, his huge hands find Lucky’s head and slam it against the cement.  She slides away limp and unconscious.

Melody steps in and swings.  A solid connection with Poop Deck's face.  He reels to the side, away from Lucky.  Vicious joy runs through Melody as she steps towards Poop Deck and aims her next blow for her ex's lower ribs.  The crack in connecting is sweet as jungle juice and twice as gritty.  She's panting in exertion.  Sweat beads and steam rises from her.

Poop Deck is still moving.  Struggling to rise.  Melody leans on the bat like a cane.  She's having trouble getting enough air, but she knows one fact.  She is not letting Poop Deck get up.  Stiletto heels stomp his braced hand.

Poop Deck howls.  Sweet music in Melody's scarred mind.  Her joy at his pain disgusts her.  Careful of her own balance, she lifts the bat overhead, intent on slamming it down on his unprotected face.  If this doesn't put him down, nothing will.

Restraining arms wrap around hers and pull her from her prey.  Melody screeches, terrified of the hands.  She struggles.

Sick with anxiety, Melody pukes.  She falls to her knees, defeated.  This is the end, and she knows it.  He'll survive and once he has his balance, he'll be back on her.  Why would this time be any different?  Tears slide, there's no one to see and no reason to hide.  She's never hurt him like this, but even the little cuts, he's returned in triplicate.  She shudders at the thought.  Will she be a closed casket?  Eyes swollen shut and nose disfigured beyond recognition.

Someone knocks and Melody shuffles as far away from the door as she can.

Melody stays quiet.  She steps towards the door, turns the knob, and opens the door.

Robin stands alone and uncertain.  She shifts from one heel to the other and chews her lip.

"Hey Hon, I brought you a pair of flats and a jacket," Robin offers, holding a bundle in front of her like a shield.

Wary for traps, Melody scans her.  Her brain isn't keeping up with current events.  A week ago Robin was with her at a party leaning against Poop Deck and telling him how charming he was.  If she could turn on him, what makes Melody think she won't trick her too?  Critical eyes sweep Robin, but no matter how long Melody stares, she doesn't see the dagger hiding, ready to strike.

Tears flow from Robin's eyes and tumble down her face.  "I didn't know," she rushes.

"No, that's not true is it?"  Bitterness darts and her lips draw in.  Melody and Robin share shadows of so many past events.  Little slaps excused as drunken mistakes, large handprints hidden by a series of scarves but no roommate could miss, and mean, cruel, terrible remarks sprinkled across the past year.  Robin knew.

"I didn't understand and I'm sorry I took so long to get it,"  Robin fills.

"But," a long hesitation and Robin looks away embarrassed.  "I'm here now.  You don't have to be alone if you don't want to."

Melody isn't sure what she will do, only that she's moving.  And she's hugging Robin, her best friend again.  Relief is rushing through her thick and sweet like honey.  She doesn't know what will happen, but Melody thinks she can stop carry her terror alone.
Posted by Jessica Donegan at 11:53 AM